The Nom-Nom Blog - Recipes, Thoughts, and Ramblings from the Mind of Sweet Nina

I was recently talking to a friend of mine and he brought up that I haven’t posted a blog in “FOOOOOOOOREVER”. I thought it couldn’t have been that long and checked and to my dismay it’s been almost 9 months…. Immediately I was so ashamed. Here I was trying to get the ball rolling on a business I’ve been dreaming about for as long as I can remember and I was slacking. SLACKING on my dream!

But why? The truth is that after my last blog post which was in December of last year. (SHAMEFUL!) I started to notice some differences in my dog Rupert. Now as everyone knows New England winters are traditionally cold, frigid is probably a better word for it. So I didn’t think too much of is when he started to slow down, after all on our most recent visit to the Veterinarian she had classified him as “senior” and said that slowing down and stubbornness were some traits to look forward to. “Oh goody” I thought to myself as he’s always been a bit thick headed and nothing delighted me more than chasing after him through our neighbors yard when I know (and he knows I know) that he can hear me. His slowing down was followed by a sick day here and there, I could always tell he wasn’t feeling well because his tail would uncurl. On his second vet visit in less than a month, it was confirmed that he had hemangiosarcoma on his spleen and in his liver. This very basically put is an untreatable cancer usually found in large breed dogs and after they have ruptured leaving no hope. 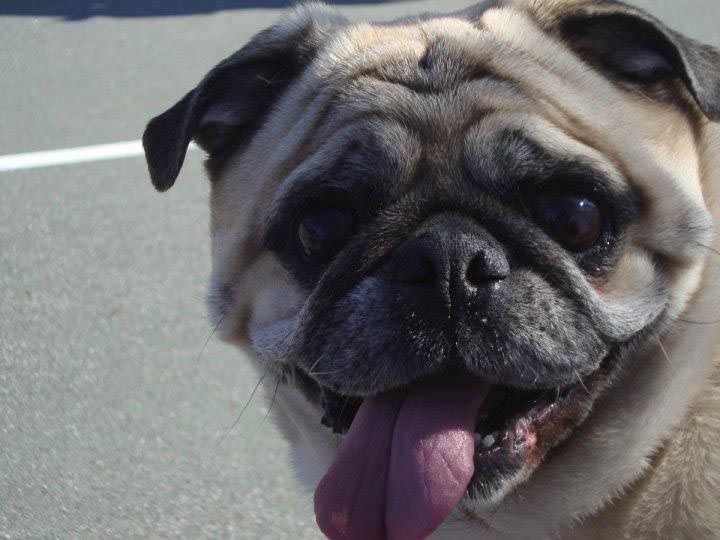 When our Vet broke the news to me along with some treatment options she made sure to mention that it wasn’t as common in small dogs. With that his chances could be better because of his size, but most dogs pass within a year. To say I was a mess is an understatement. I became obsessed with various treatment options, and possible herbs and roots that might help him. But all the articles ended the same, there is no cure and best case he’d have a year maybe two.

When we started to hit the six week mark after his diagnosis I somehow determined that he was going to be okay for the year. He wasn’t getting sick as often and seemed to even have a bit more pep in step. When my husband went away for four weeks of training in May to return at the end of June I didn’t think much of it. At least when it came to the dogs, I was more annoyed that I would have to bring the trash barrels out to the curb every week.

So it was confusing to me when after I went to pick my husband up I came home to a sick puppy. We found ourselves at the Vets again, and were warned our time was limited but having been given a prescription I was overly optimistic. Till he wouldn’t take the pills. I tried everything, putting them in cheese, applesauce, and peanut butter. He was so ill he wouldn’t eat any of it, even without the pill. He started falling down and slowly lost his ability to stand on his own. I laid with him on the floor for a while begging him to eat knowing this wasn’t going to be ok. After a very restless night (with him in the bed of course) I found myself calling the Vet early in the morning hoping for a miracle. When Drew

woke up I told him she had fit us in again at 9 that morning. We were supposed to drop off his car to get work done but I couldn’t bring myself to put Rupert in the passenger seat so I could drive. Instead Drew drove and I held onto Rupert, we drove by my parent’s old house and then by the beach (a small benefit of living in a tiny state is that nothing is more than 20 minutes away). He perked up a bit when he smelled the ocean and I reminisced with Drew who was an absolute rock the whole time.

Any hopes I had been holding onto were crushed when our Vet saw him. She closed the doors and explained how everything would happen and what to expect. He drifted off quietly, like he was sleeping. I had him cremated with his favorite stuffed animal (at that point in time it had been a small bulldog my parents had given him that Christmas).

The weeks that followed are a blur for me. I couldn’t sleep, I cried at the drop of a hat, I stopped cooking let alone baking, if it weren’t for my husband and friends I probably wouldn’t have bothered getting out of my pj’s at all. Somewhere in there I gave up on my dream. I was sad and lost didn’t want to do anything even if I knew it was something that would make me happy. Ladies and Gentleman, I was depressed.. Text book case of the blues. Sure I could put myself together enough to not let people worry about me but it was a challenge. I had lost my best friend of 11 years, he was my sweet fur-baby and then he was gone.

It’s taken months to feel better, and it took till around September for me to bake something that I didn’t have an order for or had promised to make before Rupert had passed. I’m still sad when I think about him, and there are days when the hurt feels unbearable. But for the most part I’m getting back on track, I’ve gotten my Trade Name Certificate and even have a Tax ID Number.

I still have a few more pieces to put together in a packet for the state so I can officially become licensed. But it’s getting there and I’m hopeful I’ll have everything ready to go by early spring so I can get involved with some local Farmer’s Markets.

Well that’s it folks. That’s why you haven’t seen any new blog entries and why I’ve been neglecting the website so badly. But I’m working on it now and they’ll be some more entries in the next few weeks. Just in time for you to avoid all of those extra holiday responsibilities as they roll around.

Thanks for sticking it out and I’ll chat to you all again soon.